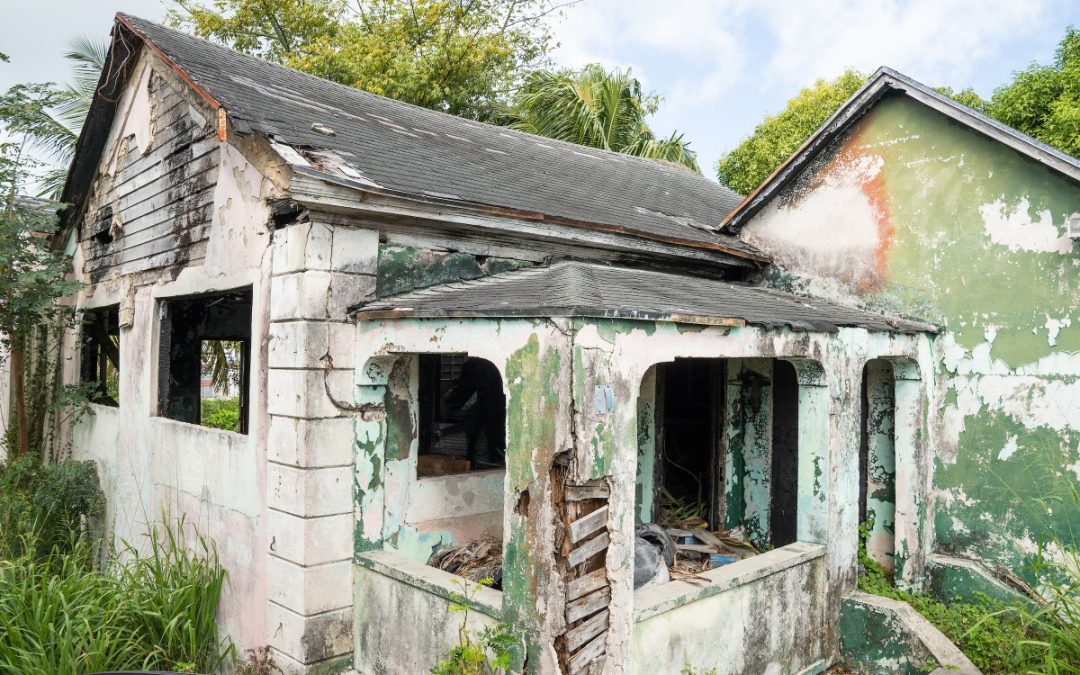 Nassau, The Bahamas – Garnell Hanna Kemp remembers a time when her quiet Bain Town homestead was a picturesque portrait of island community living. In recent years, however, the area at Anderson Street – affectionately called I-95 by area residents because of high levels of vehicular traffic – has deteriorated into a string of dilapidated and abandoned properties.

“My family moved into this area when I was just three years old,” she recalled, “so I remember a time when every yard on this street was well maintained and when residents in the area took collective pride in making sure the entire corner was clean and beautiful.”

In an effort to restore the once pristine community to its former glory, Hanna-Kemp – a proud Kiwanian – entered the #BeAHero Community Cleanup Challenge in hopes of inspiring other area residents to get involved.

“When I heard about this program, I was immediately drawn to it,” she said. “It’s a great way to encourage community partnerships and can hopefully inspire all of us to take ownership of our surroundings and have pride in where we live. I’m hoping that with my entry into the competition, I’m able to secure the funding that is needed to really make a difference to this community.”

The #BeAHero campaign was launched by the Ministry of Environment in October of 2018 and started as an initiative for school-aged students. The program, which was a roaring success, saw young environmental heroes from 19 primary and middle schools in New Providence don superhero capes as they set out to protect the planet. Over the past year, the initiative, supported by an impressive list of corporate sponsors as well as a cadre of the country’s National Heroes – from Jonquell Jones and Buddy Heild to Kirkland ‘KB’ Bodie and Nancy Kelly – has helped transform hundreds of students into bonafide heroes. According to Minister of Environment and Housing Romauld Ferreira, the campaign was designed to change the culture and breed a sense of personal responsibility for one’s surroundings in children at an early age. The program complemented massive clean-ups removing abandoned vehicles, appliances, mattresses and other household detritus tossed onto makeshift dumpsites and in empty yards, but the environment minister said the expensive cleanups could continue forever if the culture and mindset did not change. His goal – to harness the energy of youngsters to become environmental advocates by creating projects to clean up and beautify their respective schools and communities.

In 2020, the campaign expanded to include the work of community groups and service organizations interested in affecting change in their respective neighborhoods. To facilitate the community cleanup challenge, the #BeAHero Campaign joined forces with Royal Caribbean Cruise Line who generously donated $10,000 to fund the completion of winning community projects.

While Mrs. Hanna-Kemp hopes to launch an overall beautification project for the entire neighborhood, the focus she explained is a long-abandoned property adjacent to her family homestead. The building which she says was once beautifully kept has deteriorated into a haven for illegal dumpers, and vagrants.

“This building has become an eyesore and I’m hoping that by enclosing it properly, cleaning away the debris, and adding a few coats of paint and greenery we can start the process of transforming not just this building but the entire area.”

Though having moved away, Hanna-Kemp says she frequents the area on a daily basis as her original family home still stands on the corner. Her ultimate goal is to inspire property owners to collaborate with her to improve the quality of life for all in that community.

Individuals or organizations hoping to join the #BeAHero movement have until February 29 to enter the community cleanup challenge. Participating organizations can choose to clean or beautify an existing park, public, or green space, and even abandoned buildings in the communities they represent. Other project options include the creation of a water feature or cooling area for residents as well as an art feature using recycled materials. Each project can be submitted for consideration through the program’s social media using the hashtag #BeAHero.

“On the heels of a successful school campaign, we’re excited about the interest already expressed in the community phase of the initiative” noted Environment Minister Ferreira. “We’re excited to see the adults follow the excellent example set by our young heroes and help us create cleaner, greener, safer communities that we can all enjoy.”