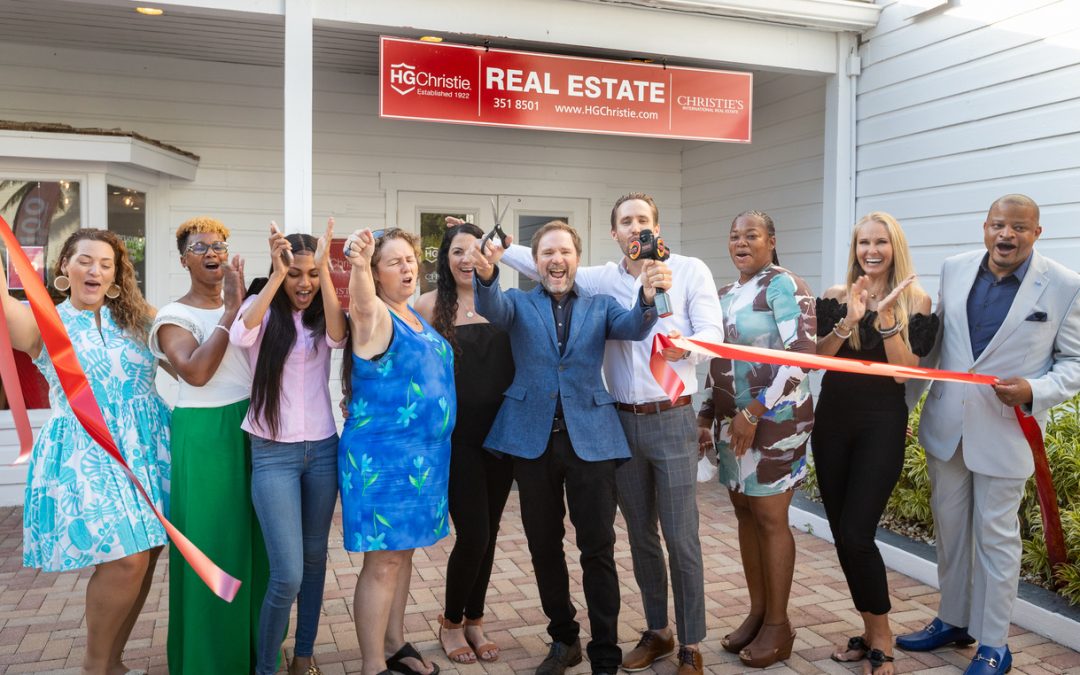 The name HG Christie – an affiliate of Christie’s International Real Estate – has become synonymous with real estate excellence in The Bahamas. The company, which celebrates its 100th anniversary this year was founded in 1922 by the legendary Sir Harold Christie and has developed a reputation for providing an incomparable selection of property listings throughout the country.  From luxury homes and condos, vacation homes, beachfront properties, real estate for development, and private islands – they sell it all.

Since then, the company has expanded from its Miller’s Court Headquarters in New Providence to include ten offices across the country including The Abacos, Eleuthera, Exuma, Long Island, and of course Grand Bahama Island where its operations span over two decades.

“This is a true milestone for us,” explained President and Managing Broker, John Christie, “it’s a monumental achievement for the company which is a family business, I’m now the third generation to help run this business and I’m very proud of that accomplishment.”

As part of its centennial celebrations, the HG Christie team officially opened its brand new office space in the Port Lucaya Marketplace, a move that is preparing the company for what Christie predicts is another exciting time for real estate on Grand Bahama.

“The Bahamas has always been a playground for the rich & famous and though Grand Bahama has had its ups and downs we’re seeing a real upswing” he noted, “we’re actually running out of inventory in New Providence so it’s a great time for real estate in the nation’s second city”.

With major projects in the pipeline for Grand Bahama Island, the opening of the Port Lucaya offices represents a strategic move by the company to position itself to take advantage of the forecasted development. “We’ve had about 3 different locations here on Grand Bahama, but the move to the Port Lucaya Marketplace, puts us in the centre of the island’s major tourist hub,” he went on to explain. “This is a great place for us to be in terms of attracting new clients.”

Part of the strategy has also meant recruiting new talent to buttress the work of the 45 agents who currently make up the HG Christie team. This includes the likes of incoming agent Dylan Christie who brings with him a wealth of knowledge in underwriting, originating, and other due diligence support functions within the industry. As the newest addition to the local team, he says his focus will be on helping HGC evolve.

“In this day and age, everything has moved into the digital space and so we’ve seen so much of the industry become dependent on marketing, video, social media –  so I’m excited to help bring that young millennial energy to what we do.”

As the company moves into its next century of operations, its managing broker John Christie is predicting even more growth. “I’m extremely excited about the possibilities of the future. We know what The Bahamas has to offer and we’re looking forward to sharing those possibilities with the world.”